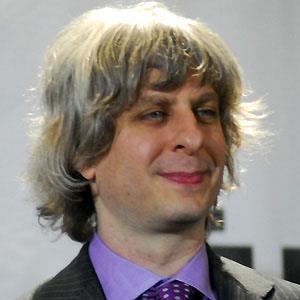 One of the founding members of and bassist for Phish, the popular jam band, alongside Trey Anastasio, Jon Fishman, and Jeff Holdsworth.

He was influenced by bluegrass, calypso, and traditional Jewish songs; he and his bandmates founded Phish while they were attending the University of Vermont.

His mother, Marjorie Minkin, was an abstract painter, and his father, Robert Gordon, was the founder, as well as former President and CEO, of Store 24, the New England convenience store chain.

He became a member of the Rhythm Devils in August 2006 with the Grateful Dead drummer Mickey Hart.

Mike Gordon Is A Member Of