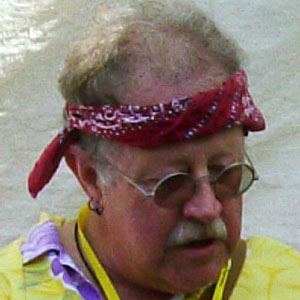 Known for such popular songs and albums as "The Rochdale Cowboy" and One Man Show, this British folk singer and songwriter also had a career as a stand-up comic and humor writer, appearing on several BBC programs and penning such books as The Unluckiest Man in the World and The Armchair Anarchist's Almanac.

After working as a waste collector, public transit employee, and steelworker, he studied education and English at the University of Manchester. He recorded his debut album, A Lancashire Lad, in the early 1970s.

He wrote the scores for two British children's series: Count Duckula and DangerMouse.

His father, a member of the World War II-era Royal Air Force, was killed just weeks prior to his birth. He was raised by his Irish mother in Crumpsall and Manchester, England.

For many years, he hosted BBC Radio's Folk Awards. His fellow English folk musician, Kathryn Tickell, was the recipient of one of these honors.

Mike Harding Is A Member Of