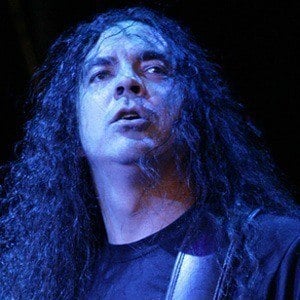 American rock musician best known for playing bass for Ozzy Osbourne from 1989 to 1993, and Alice in Chains from 1993 onward.

He started out in music by playing guitar and saxophone and became the bassist for Ozzy Osbourne after winning out against fifty other musicians. He went on to play on Ozzy's 1991 release, No More Tears and 1993's Live and Loud.

He played on the solo album of former Alice in Chains bandmate Jerry Cantrell.

Mike Inez Is A Member Of