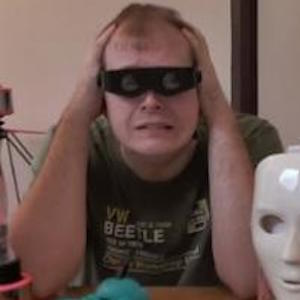 A member of the colossal Channel Awesome family, he is best known as the creator of Shameful Sequels. He first began his career blogging for the That Guy with the Glasses website. He also wrote and directed the film NerdQuest which was released in 8 parts in December 2014.

He began his career on Channel Awesome blogging with the character "The Sock," a literal sock puppet, reviewing shows and films.

In addition to his Channel Awesome contributions, he has a self-titled YouTube channel where he reviews products from food to mystery boxes.

Born in Doncaster, he later lived in Hertfordshire, England.

He has appeared on episodes of Nostalgia Critic alongside creator and star Doug Walker.

Mike Jeavons Is A Member Of