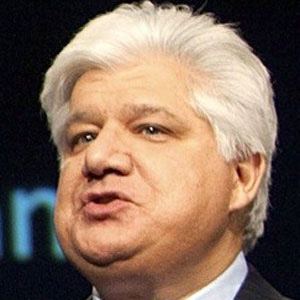 Founder and Vice Chairman of BlackBerry, the manufacturer of the wireless handheld device that transformed business communications.

He pored through every science book the Windsor Public Library had when he was a child, even being awarded a prize for this accomplishment by the library when he was 12.

He was passionate in his belief that science could advance the world in all areas, a belief that led him to establish the Perimeter Institute for Theoretical Physics in 1999 and co-found Quantum Valley Investments in 2013.

His parents were Greek, but residing in Turkey when he was born. They moved to Canada in 1966 when he was five.

His accomplishments were later expanded upon by Steve Jobs with the creation of the iPhone.

Mike Lazaridis Is A Member Of