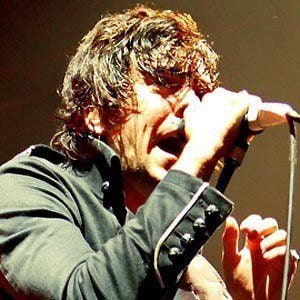 Guitarist who gained fame while playing for the Welsh alternative rock band, Lostprophets, playing on their 2013 release Weapons.

He loves to surf the beaches in Santa Monica and is a Star Trek fan.

He married Amber Payne in 2006 and they have one child.

He performed the hit song "Last Train Home" with Ian Watkins in their band Lostprophets.

Mike Lewis Is A Member Of