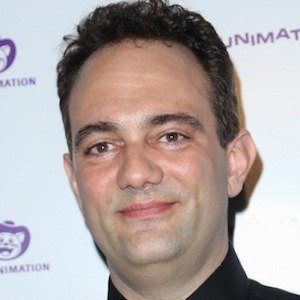 Voice actor who is known for his prolific career working on various anime animated series. He is more particularly known for his work with the Dragon Ball Z franchise of TV shows, videogames, and films, of which he has voiced many.

He gained his first professional voice-over credit when he proved character dubbing of the Funimation version of the short film Dragon ball: Curse of the Blood Rubies. He dubbed for Master Roshi, who he would continue to dub over the course of his career.

In 2013, he provided dubbing for the critically-acclaimed anime series Attack of Titan. In 2015, he won the Behind the Voice Actors Award for Best Vocal Ensemble in an Anime TV Series for his work on the show.

He was born and raised in Texas City, Texas.

He shared his 2015 BTVA Award with Bryce Papenbrook, who also provided character dubbing for Attack on Titan.

Mike McFarland Is A Member Of