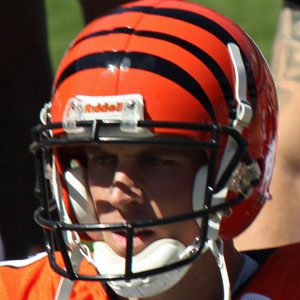 NFL placekicker who was drafted in the second round of the 2005 NFL Draft by the New York Jets.

He won the Lou Groza Award at The Ohio State University, an honor that is given to the top kicker in college football.

He went on to play for the Tampa Bay Buccaneers, the Arizona Cardinals, and the Cincinnati Bengals following his 2005 to 2008 stint with the Jets.

He married Emily Cunningham in 2012.

He became teammates with quarterback Andy Dalton after Dalton was drafted by the Bengals in the 2011 NFL Draft.

Mike Nugent Is A Member Of