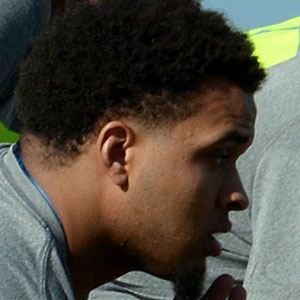 Interior offensive lineman who made his NFL debut in 2011 for the Miami Dolphins.

He had an illustrious career at the University of Florida, where he won a BCS National Championship in 2009, and was a first-team All-American in 2009 and 2010.

In 2013, while in the locker room following a game, he was served a subpoena for an investigation involving Aaron Hernandez's murder case.

Mike Pouncey Is A Member Of