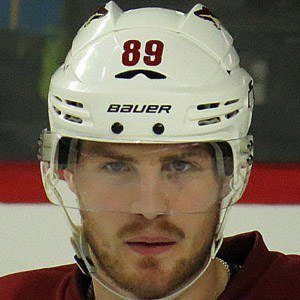 NHL winger who became the highest-drafted player from Denmark in the league's history when he was taken eighth by the Phoenix Coyotes in 2008. He won a national junior championship with the Swedish team Frolunda HC.

He played for the youth hockey team Rodovre SIK.

He was featured on the cover of the Danish and Norwegian versions of the video game "NHL 10".

His brother Mads Bodker has played professional hockey in Sweden.

Mikkel Bodker Is A Member Of