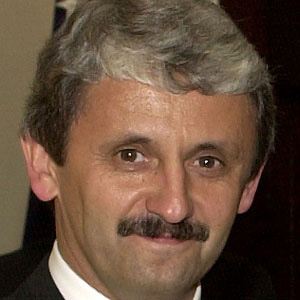 Former Prime Minister of Slovakia from 1998 to 2006, who was also the founder of the Slovak Democratic Coalition.

He was an economic analyst for the Transport Research Institute from 1979 to 1988.

He has been a very active cyclist and marathon runner.

He married Eva Dzurindová and raised two children with her.

He and Milan Hodza have both served as Prime Minister of Slovakia.

Mikulas Dzurinda Is A Member Of