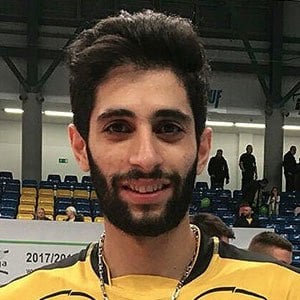 His professional career as a volleyball athlete started in 2011 when he made his debut on the Kalleh Mazandaran club. That same year he also started playing with the Iran Under 21 national team before joining their official national team in 2014.

He was born and raised in Urmia, Iran.

Other players also known for their work as part of Iran's men's national volleyball team include Shahram Mahmoudi and Seyed Mohamad Mousavi.

Milad Ebadipour Is A Member Of