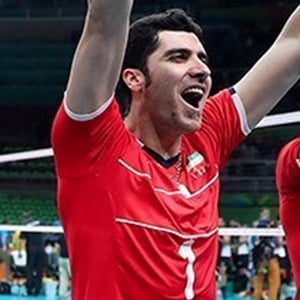 He first started his career with the Aidaneh Chaldoran club in 2006 before joining Paykan Tehran in 2007. In 2013, he joined the Matin Varamin club as well as the Iran national team.

He is the younger brother of volleyball player Behnam Mahmoudi.

Seyed Mohamad Mousavi has also been a member of Iran's national team.

Shahram Mahmoudi Is A Member Of