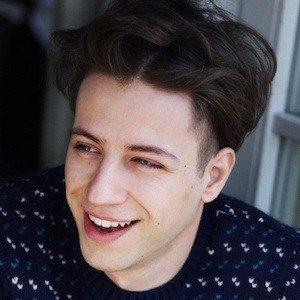 Actor, singer, and presenter who began his career appearing in episodes of Horákovi and Kriminálka Andel. He has also played several roles in Ordinace v ruzové zahrade 2 and served as the host of Mixxxer Show.

A performer even as a child, he began his carer as a member of the OLDstars theatre group.

A singer as well as an actor, he competed on the reality show Tvoje tvář má známý hlas in 2017.

He was judged by Iva Pazderkova on the reality series Tvoje tvář má známý hlas.

Milan Peroutka Is A Member Of