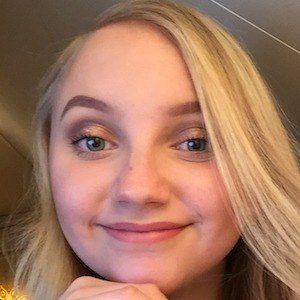 Swedish YouTuber and social media personality also known as mileycool551 who publishes a variety of videos to YouTube including vlogs, beauty content and more. She has 50,000 subscribers.

She signed up for her mileycool551 YouTube channel in April of 2012, posting a first video titled "Coolt" at that time.

Her 8 second video "Snapchat FAIL" became her most watched YouTube video. It was her first to reach 1 million views.

She is from Stockholm, Sweden.

She was active on musical.ly, the app that later became TikTok, and one of her lip-sync videos on the platform was set to Kodak Black's "Real Chill."

Filippa Simonen Is A Member Of