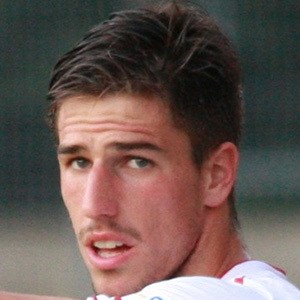 Defender who has gained fame for his international club career, including for Red Star Belgrade of the Serbian SuperLiga. He helped lead the club to qualifying for the 2018-19 UEFA Champions League.

He fled Yugoslavia with his family during the Kosovo War. He migrated with them to Sydney, Australia in 2000.

He has one brother named Djordje.

He and Aziz Behich played as teammates on defense for Australia's national team at the 2018 FIFA World Cup.

Milos Degenek Is A Member Of