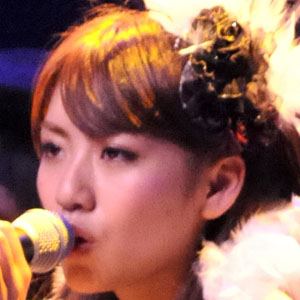 Singer best known as the General Director of the Japanese girl band AKB48. She is also a member of the subgroup no3b, along with other members of AKB48.

She placed in the top fifteen of the HoriPro Talent Contest in 2005.

Her parents are divorced.

Minami Takahashi Is A Member Of