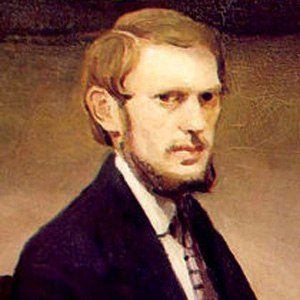 Painter and sculptor who was a member of the Munich Circle and a founder of Croatian Modernism. His styles encompassed Impressionism, Pointillism, and Expressionism.

He studied in Vienna and at the Academy of Fine Arts in Munich.

His self-portrait from 1910 was not just of himself, but also included his dog.

He was born in the town of Gospic and died in a hospital in Zagreb. He was only twenty-seven years old when he died of tuberculosis.

He was influenced by fellow artist Edouard Manet.

Miroslav Kraljevic Is A Member Of