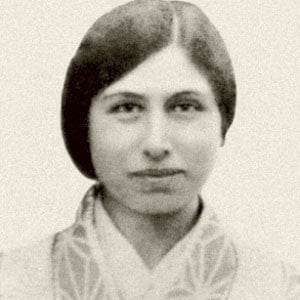 Remembered for her spiritual collaboration with the renowned yogi Sri Aurobindo, Alfassa founded the Sri Aurobindo Ashram after training under the respected guru. She is particularly famous for a posthumously-published, multi-volume spiritual journal known as The Agenda (alternate title: Mother's Agenda).

Spiritual and artistic from a young age, she began having out-of-body experiences at the age of twelve and went on to study at Paris' Ecole des Beaux Arts.

Sri Aurobindo, regarding Alfassa as the spirit of the "Mother Divine," gave her the nickname of "The Mother."

Born to a Jewish family of Turkish and Egyptian parentage, she spent her childhood in Paris, France. Before ending in divorce, her marriage to Henri Francois Morisset resulted in a son named Andre; she later married and divorced Paul Antoine Richard.

Early on in her spiritual journey, Alfassa was greatly influenced by Swami Vivekananda's 1896 work Raja Yoga.

Mirra Alfassa Is A Member Of