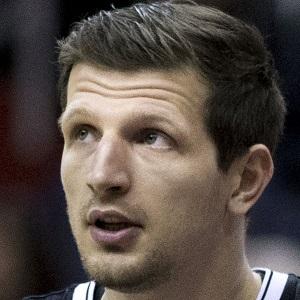 Sharpshooting power forward who made his NBA debut in 2012 for the Brooklyn Nets.

He played professionally in Bosnia, Belgium, and Spain for a decade before joining the NBA.

It took him only a few months on the Nets before he became a key player on the team.

He was born in Mostar, Socialist Republic of Bosnia and Herzegovina, Yugoslavia, and was right in the middle of the Bosnian War as a kid. He married Maja Teletovic.

Early in his NBA career he served as a backup to star Kevin Garnett.

Mirza Teletovic Is A Member Of