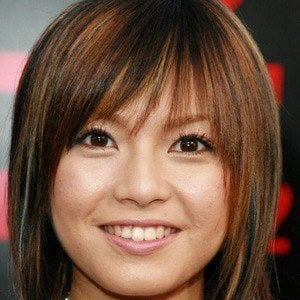 Japanese actress and singer widely recognized as a member of the seven-man pop group AAA, or Attack All Around. She is also a talent agent and manager for her parent label the Avex Group.

She was inspired to begin acting at a young age after witnessing a West End production of the hit musical Cats.

In 2006, she made her acting debut in the Hollywood film The Grudge 2. She then followed up with a recurring role in the show Massuguna Otoko.

Born into a wealthy family, her father was a copywriter and her mother was a social worker. She previously had a relationship with NEWS singer Shigeaki Kato.

In the feature film The Grudge 2, she appeared alongside Sarah Michelle Gellar and Amber Tamblyn.

Misako Uno Is A Member Of