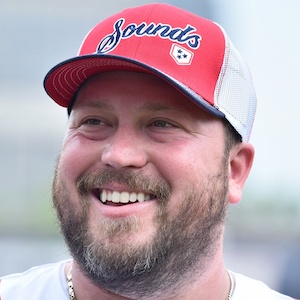 Country singer and songwriter who co-wrote the hit song "If the Boot Fits" by Granger Smith. His EP Linden Ave charted at number 10 on Billboard's Independent Albums chart and number 12 in Country Album Sales.

He became interested in songwriting at the age of 11 after being introduced to songwriters Bobby Braddock and Curly Putman.

He graduated with a music business degree from Middle Tennessee State University.

His grandmother Donna Hilley was CEO of Sony/ATV Music Publishing.

He named Vince Gill, Michael Jackson, and John Mayer as his musical influences.

Mitchell Tenpenny Is A Member Of