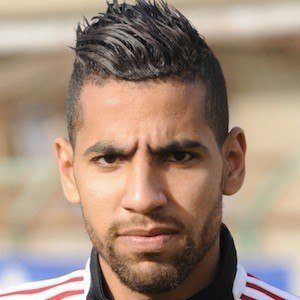 He made his professional soccer debut in 2009 with El-Entag El-Harby. After playing with them for two seasons, he joined Al-Masry in 2011.

He's represented his country in international play, first being called up to the senior side in 2014.

He was born in Sohag, Egypt.

He's played with Hossam Ghaly while on Al Ahly.

Moamen Zakaria Is A Member Of