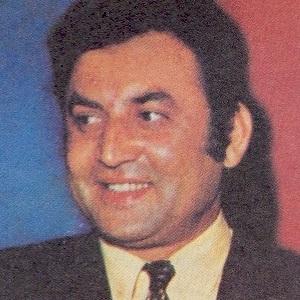 Pakistani actor who performed in more than 250 films and was considered one of the top actors to come out of Asia during his time. After the release of the 1973 film Aas, he became the first person to win six Nigar Awards in the first ten years of his acting career.

He started as a broadcaster at Radio Pakistan Hyderabad in 1956.

He produced a number of movies, including Aag and Jaise jantey nahin.

He married Zeba in 1966 and adopted her daughter from a previous marriage.

He and Khan Ata both won Nigar Awards.

Mohammad Ali Is A Member Of