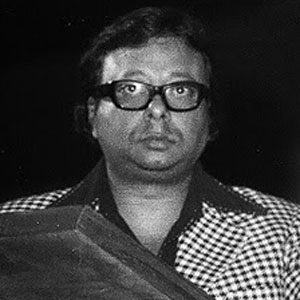 Considered one of the finest composers in Indian cinema history. He composed scores for 331 films from the 1960s to the 1990s.

His first hit movie was "Teesri Manzil" from 1966. He followed this up with successful work on "Baharon Ke Sapne" from 1967 and "Yaadon Ki Baaraat" from 1973.

He was the only son of renowned composer Sachin Dev Burman and often played harmonica in his father's orchestras.

He lost the 1976 Filmfare Award for Best Playback Singer, the only time he was nominated in that category, to the movie "Amanush" and singer Kishore Kumar.

RD Burman Is A Member Of