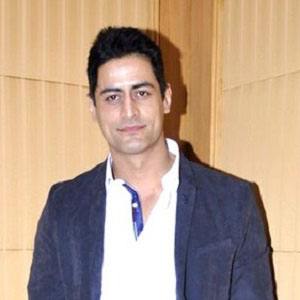 Famous for his starring role as Lord Shiva on the Indian television series Devon Ke Dev. . .Mahadev, Raina is also notable for his portrayal of Jaikishan in the 2008 Hindi film Don Muthu Swami. He was the 2014 recipient of the Big Star Entertainment Award for Best Male Actor.

After earning a master's degree in finance, he pursued a career as a model and was a finalist in the 2005 Grasim Mr. India pageant. He made his first television appearance in an episode of the science fiction series Antarikshand.

To prepare for his role in Devon Ke Dev. . . Mahadev, he learned a form of Indian classical dance known as Kathak.

He was born in London, England, and raised in Jammu, India, by his grandparents.

He and Sonarika Bhadoria are both known for their roles in Devon Ke Dev. . .Mahadev.

Mohit Raina Is A Member Of