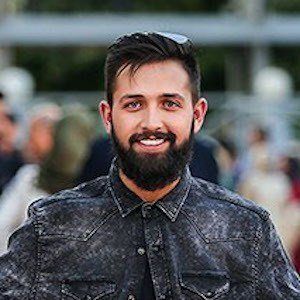 Iranian film and television star known for his role as Hamed in the 2012 film The Sinners. He has also been seen in the television series' Shoghe parvaz and Sakhtemane 85.

He got his start in television as a television presenter and would make his acting debut in the drama Mother's Song.

His television fame has bled onto social media where he has earned more than 80,000 followers on Instagram alone.

He has occasionally posted photos of his mother and other family members on Instagram.

In 2012's The Sinners, he starred opposite Homayoun Ershadi.

Mohsen Afshani Is A Member Of