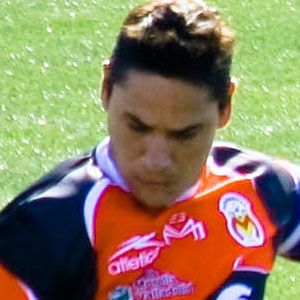 Mexican goalkeeper known for long, accurate clearances and ability against penalty kicks. He debuted for the Mexican national team in 2004.

He grew up playing soccer in his hometown of Morelia, Mexico.

His professional debut came in 1990 for Monarcas Morelia.

He has two children, Zafiro Munoz and Hector Moises Munoz, with his wife Verónica Castro Alfaro.

He has played for manager Hugo Sanchez on Mexico's national team.

Moises Muñoz Is A Member Of