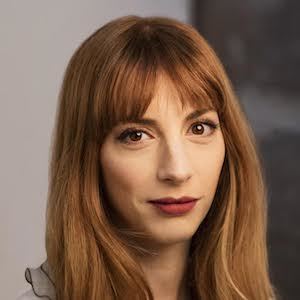 Actress who is widely known for her career in both TV and film. She has gained particular prominence for her starring role as Lauren Heller on the TV Land original comedy Younger.

She graduated from the prestigious Yale School of Drama, where she starred in a student production of Richard II as the titular character. She earned her first on-screen acting credit in 2000 in the romantic comedy Pay It Forward.

She guest starred in a 2016 season 3 episode of Transparent. She also appeared as Alison in the 2016 drama Sully alongside Tom Hanks.

She has starred on Younger alongside Sutton Foster and Hilary Duff.

Molly Bernard Is A Member Of