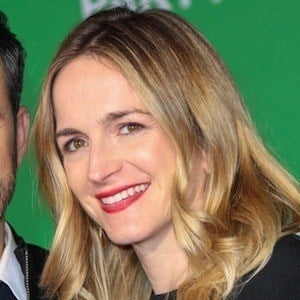 Screenwriter who has served as the head writer for her husband's late night talk show Jimmy Kimmel Live! She has also contributed to writing The 64th and The 68th Primetime Emmy Awards.

Before becoming a writer on Jimmy Kimmel Live! she was an assistant to the Executive Producer.

In 2013 she married Jimmy Kimmel, becoming stepmother to his two children: Katie and Kevin. The couple welcomed a daughter of their own named Jane in 2014 and they had a son named Billy in April 2017.

Jennifer Aniston and Justin Theroux were both guests at her wedding.

Molly McNearney Is A Member Of