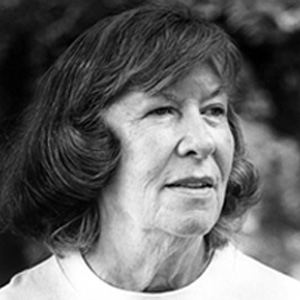 Former United States Poet Laureate who received the 1971 National Book Award for a poetry collection entitled To See, To Take. For another collection, Near Changes, she won the Pulitzer Prize for Poetry.

She studied at Iowa State Teachers College and at the State University of Iowa.

Her late poetic works include Firefall and If It Be Not I, both published in 1994.

She grew up in Eldora, Iowa. She married Jarvis Thurston in 1943.

She was influenced by the work of author Virginia Woolf.

Mona Van Duyn Is A Member Of