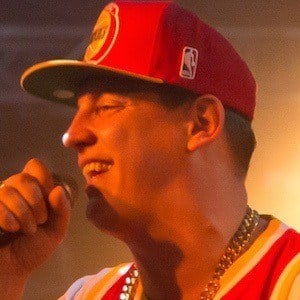 He studied journalism at the University of Vienna and wrote his master's thesis about German gangsta rap.

He has served as the CEO of Glo Up Dinero Gang Entertainment.

His birth name is Sebastian Meisinger. He was born and raised in the 15th District of Vienna, Austria.

His first big hit, "Dreh Den Swag Auf," is a cover version of Soulja Boy's "Turn My Swag On."

Money Boy Is A Member Of