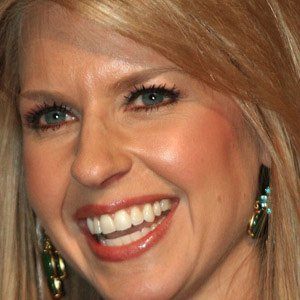 Notable for her appearances on Fox News and for her columns and articles for publications such as the New York Post, the Washington Times, and the Wall Street Journal, she is also known for her The Monica Crowley Show radio program.

After earning a bachelor's degree in political science from Colgate University, she obtained her doctorate in international relations from Columbia University.

In her early twenties, she served as a research assistant and literary consultant to former U.S. President Richard Nixon. She went on to publish two books about the former president: Nixon In Winter and Nixon Off the Record.

Born in Arizona and raised in New Jersey, she later lived and worked in New York City.

She is the sister-in-law of fellow Fox News personality Alan Colmes.

Monica Crowley Is A Member Of