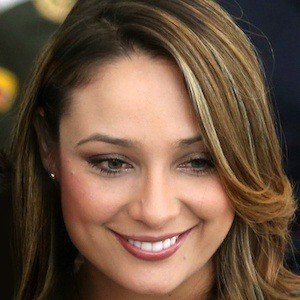 She attended the Pontifical Bolivarian University, where she majored in Social communication and journalism. She then completed a master's degree in political science at the University of Los Andes in 2013.

She was awarded with the Rio Branco medal distinction by the Brazil government due to her participation in the postume ceremony of the Chapecoense team in Medellin.

She married Luis Eduardo Valencia. Together they have a son name Joaquín who was born in 2016.

She has interviewed and has been cited to be inspired by Pakistani activist Malala Yousafzai.

Monica Jaramillo Is A Member Of