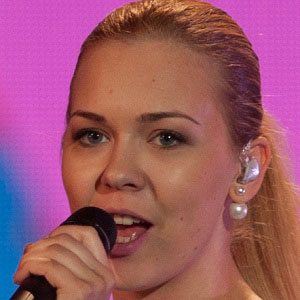 Lithuanian pop singer who represented her native country in the Eurovision Song Contest in 2015, performing a duet with Vaidas Baumila titled "This Time." The track subsequently rose to a top sixty position on Austrian music charts.

Her early single "Skestu" brought her to international attention, particularly in Latvia and Russia.

She was born in Gargzdai, Lithuania, and raised in Vilnius.

Monika Linkyte Is A Member Of