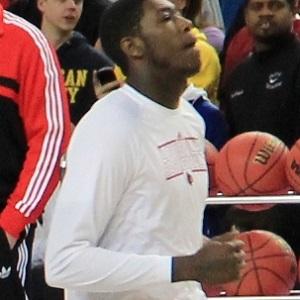 Forward who won an NCAA Championship with the Louisville Cardinals in 2013 and was a First-team All-AAC selection in 2014. He was taken 32nd overall in the 2015 NBA Draft by the Houston Rockets. He was traded to the Los Angeles Clippers in 2017 and he went on to win the NBA Sixth Man of the Year award in 2020.

He was initially recruited by Seth Greenberg of Virginia Tech. But, when Greenberg was fired, he elected to play for Louisville instead.

He was a part of the 2013 U.S. team that took home gold at the FIBA World Under-19 Championship in the Czech Republic.

He grew up in North Carolina and played a year of high school ball there before moving to Virginia to continue his high school career.

He played alongside guard Russ Smith on the way to winning an NCAA Championship.

Montrezl Harrell Is A Member Of