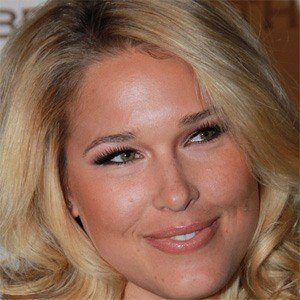 American beach volleyball player and model who is known for playing for AVP Pro, USA Volleyball and was named as one of Complex Magazine's 25 Hottest Athletes on the 2012 U.S. Olympic team.

She graduated from the University of California, Berkeley where she was a member of the volleyball team.

She was featured in an ad campaign for Nike in 2010.

She married Olympic skiing champion in 2012.

Morgan Beck Is A Member Of