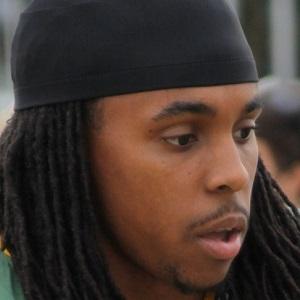 NFL safety who was originally drafted by the Green Bay Packers, and won a Super Bowl with the team in 2011 despite being injured.

While at Georgia Tech, he was named to Pro Football Weekly′s 2008 All-American first team.

His brother Cap played for the Georgia Bulldogs.

Morgan Burnett Is A Member Of