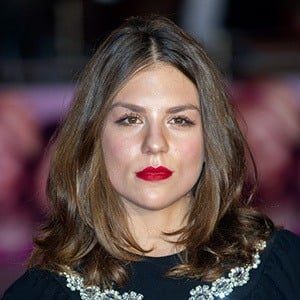 French actress and model who is known for her role as Princess Gisla in the History Channel original series Vikings. She is also known for having played Valentina Prest in the 2018 film The Aspern Papers.

She attended the International School of Paris and later studied acting at the Drama Centre of Lonson and the Central School of Speech and Drama. She made her acting debut in 2002 when she starred in her fathers film The Pianist.

She is also known for having worked as a director and completes two short films: The Stroke and The Understudy.

She is the daughter of filmmaker Roman Polanski and French actress Emmanuelle Seigner.

She appeared in the 2010 film The Ghost Writer alongside Ewan McGregor and Pierce Brosnan.

Morgane Polanski Is A Member Of