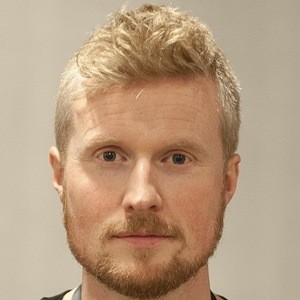 Drummer who co-founded the multiplatinum Danish electro-rock act Carpark North in 1999. He and the band topped the Danish album charts with their self-titled debut and have gone on to release hit singles like "Shall We Be Grateful" and "Save Me From Myself."

He began playing drums at age 7 and went to a music school in Hinnerup, Denmark. He went to high school at Mellerup Efterskole.

He is a film composer who created the score for the movie Dreng (2011).

His song "32" featuring Stine Bramsen was released as a single in 2013.

Morten Thorhauge Is A Member Of