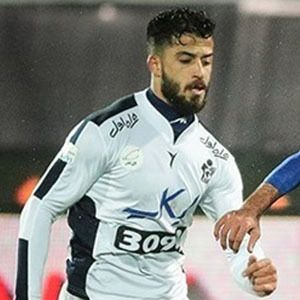 Striker who has risen to fame for his play in the Persian Gulf Pro League, including for Paykan FC between 2013-2018. He helped the club win Iran's Azadegan League in 2016.

He began his youth soccer career in 2007 for Houd-e Kan. He later made his professional debut with 2012 for Mes Rafsanjan.

He was originally born and raised in Eslamshahr, Iran.

He and Khosro Heydari have played as teammates for Esteghlal F.C.

Morteza Aghakhan Is A Member Of