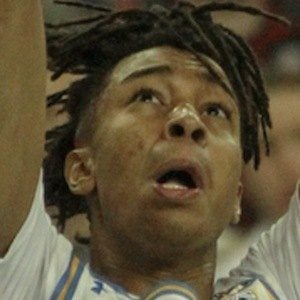 Basketball center who joined the UCLA Bruins in 2018 after turning down offers from Kentucky, Maryland and Florida State. He was rated a five-star prospect and became the top newcomer in the Bruins' 2018-19 recruiting class.

He led Molloy to the Catholic High School Athletic Association basketball finals during his junior year.

In his senior year, he was voted the MVP of the CHSAA.

His parents' names are Wanda and Malcolm.

He was his high school's first hoops player to be named a McDonald's All-American since Kenny Anderson in 1989.

Moses Brown Is A Member Of