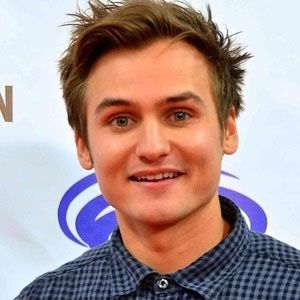 Notable for his roles as Mitch Roussel in the film Unfriended, as Seth in the television series The 4 to 9ers and as Jason in the TV movie Correcting Christmas. He is equally well known for his viral "Terminaly Chill Birthday" YouTube video.

Early in his career, he appeared in episodes of No Ordinary Family and All the Wrong Notes.

His independent live comedy and documentary film projects include THIS SHOW IS YOUR SHOW and #MODERN MILLENNIAL.

He grew up into a religious family of missionaries. He spent his early years in the midwest before eventually settling in Los Angeles, California.

He appeared with David Walton in an episode of the television series About a Boy.

Moses Storm Is A Member Of