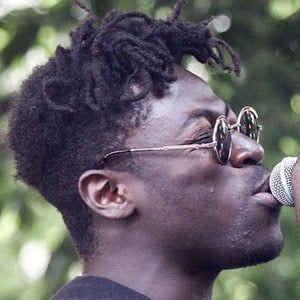 Rapper who released his debut album Aromanticism in September 2017. He has been signed by Jagjaguwar and Vinyl Me, Please.

He knew he wanted to be a singer when he was seven years old.

He toured as as Karen O's guitar player in 2014. He released a five song EP, called Mid City Island that same year.

Both of his Ghanaian parents were pastors.

He and Lil Wayne are both hip hop artists that play guitar.

Moses Sumney Is A Member Of