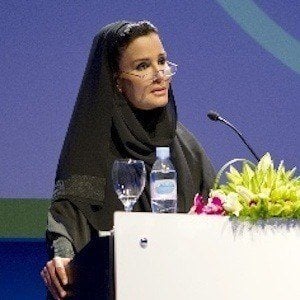 She earned a degree in sociology at Qatar University in 1986. She had previously married the Sheikh in 1977.

She has served as the chairperson for a number of companies and committees like the Arab Democracy Foundation and owns the leather-goods manufacturer Le Tanneur.

She is the daughter of opposition activist Nasser bin Abdullah Al-Misned. She has seven children with Sheikh Hamad, one of whom is Emir of Qatar Tamim bin Hamad Al Thani.

She gained fame as the wife of a renowned politician, much like Barbara Bush.

Moza bint Nasser Is A Member Of