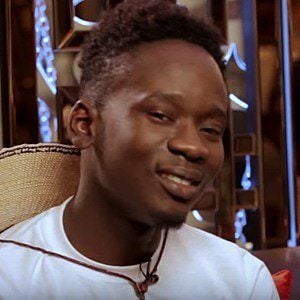 Afrobeat singer who broke into the music industry with a single titled "Pipi Dance" and mixtape called About to Blow. He would go on to release tracks titled "Skintight", "Hollup," and "Sample You."

He graduated as a mechanical engineer student from Kwame Nkrumah University of Science and Technology in Kumasi, Ghana.

He was involved in a bit of controversy in 2016 when he was disqualified from the Ghana Music Awards due to not being a Ghanaian citizen.

His real name is Oluwatosin Oluwole Ajibade. He was born in Port Harcourt, Nigeria, and would later reside in Ghana.

His song "Short Skirt" was featured on Kiss TV UK along with the likes of artists such as Steve Aoki.

Mr Eazi Is A Member Of