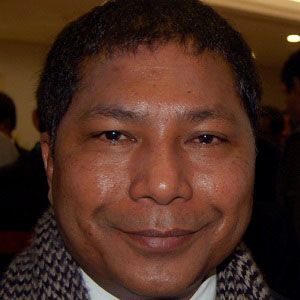 In April of 2010, this high-ranking member of the Indian National Congress party took office as Chief Minister of Meghalaya. Previously, he had represented the Ampatigiri constituency in the Meghalaya Legislative Assembly.

Before entering politics, he earned a medical degree from the Regional Institute of Medical Sciences in Imphal, India.

He was born and raised in the South West Garo Hills area of northeastern India's Meghalaya state. He later married Dikanchi Shira.

Mukul Sangma Is A Member Of