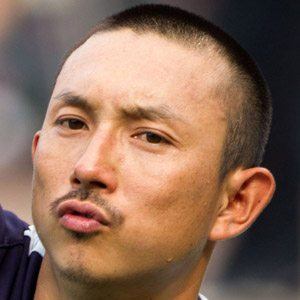 Japanese baseball player best known for his time in the Nippon Professional Baseball League, where he was an eight-time All-Star. He made his MLB debut with the Seattle Mariners in 2012.

He hit .300 during his first season with the Japanese farm team the Hawks.

He twice won the Best Nine Award for shortstops in the NPBL.

He and Ichiro Suzuki are both MLB players who got their start in Japan.

Munenori Kawasaki Is A Member Of