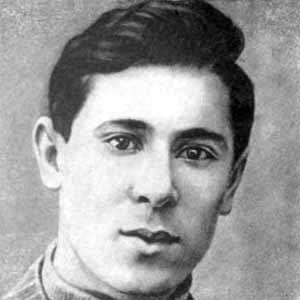 Soviet poet, Nazi resistance fighter, and 1957 Lenin Prize in literature recipient. His best-known works include The Moabit Notebooks and The Postman.

He became a member of the Soviet Union's Communist Party and published a poetry collection entitled Iptaska in the same year (1929).

His Nazi resistance activities led to his imprisonment and execution by the Gestapo. For his bravery and sacrifice, he posthumously received a Hero of the Soviet Union Award.

He married Amina Zalyalova and had a daughter.

He translated the work of Alexander Pushkin into the Tartar language.

Musa Calil Is A Member Of