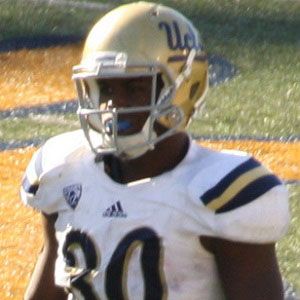 Versatile football player who began his college career at UCLA in 2013, playing both running back and linebacker. He was named the Pac-12 Defensive and Offensive Freshman Player of the Year in 2013.

He led his Bellevue High School football team to a 14-0 record his senior year. He was also a standout track athlete in high school, competing in the 400-meter dash, 200-meter dash and multiple relay race teams.

He was born to La Sonjia Jack and H. David Jack. He has a brother named Jahlen.

He was teammates with quarterback Brett Hundley at UCLA.

Myles Jack Is A Member Of